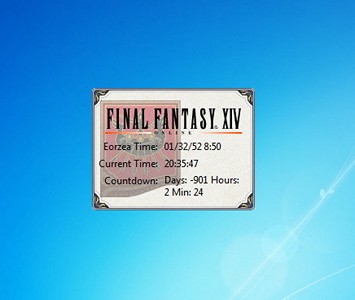 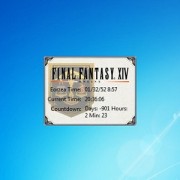 Fans of the famous game Final Fantasy XIV will love this Windows gadget. It’s called the Eorzea Clock and what it does is it shows the current and the time in Eorzea. This gadget is also a countdown timer to the collector’s edition launch. With it you won’t miss this special event for this world of Final Fantasy. An update was also added to this gadget wherein you can change the background to your starting city banner. There are four options from which you can choose from in the settings menu and those are: Default (no city), Gridania, Ul’dah, and finally Limsa Lominsa.

Be the first to review “Eorzea Clock” Cancel reply